Happy New Year everyone!  I know this post is a little late, but better late than never, right?  With the start of a new year came the start of my new run plan.  So I thought it would be a good time to take a stroll down memory lane and re-visit my 2016 races.  Unfortunately, the year started with a continuation of a hip injury from 2015.  I started slowly getting back to running at the end of January/beginning of February.  I ran a total of 15 races throughout the year; 3 Half Marathons, 2 10 Milers, 3 10k’s, 2 8k’s, and 5 5k’s.  I didn’t have great half marathon experiences this year, but I did set a PR for one of my 10 Milers and my 8k (my only 2 8k’s were this year so automatic PR!!).  I also ran more races with Gabby this year, which was great!  In total, I ran 500.5 miles this year which is significantly less than I ran the last 2 years, but I am okay with that.  Below is a quick recap of each of my races (I’ll try to keep it brief):

Jan 17th – Key West Half Marathon – I was still in physical therapy and not allowed to run for this race (although I did run the first mile and another mile later in the race – oops).  Even though we had bad weather (in face, race start was delayed due to the weather) and I had to walk the majority of the race, it was SUCH a fun race-cation.  It was definitely one of the highlights of my race year.  A great time with a great group of girls (Sam, Crystal, Ashlee)!

Mar 19th – Shamrock 8k (Virginia Beach) – I ran this race with Gabby.  This was her longest distance to date and I was very proud that she only had to walk briefly once.  It was very cold!  Sam, Kevin, Lilee, and my mom all ran the race as well. 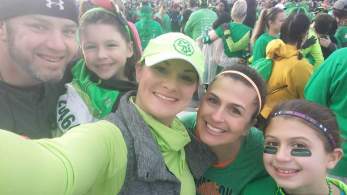 Mar 20th – Shamrock Half Marathon (Virginia Beach) – This was my first half marathon after my hip injury.  I originally wanted to run the full with Sam and Steven but had to scale back to the half due to my injury.  We had a great weekend, but the race itself as pretty miserable.  Kevin and I ran the half marathon in the rain and wind.  Luckily, the weather was a little better for Steven and Sam and they both ran the full marathon in honor of Bubbies. 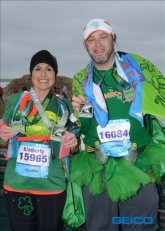 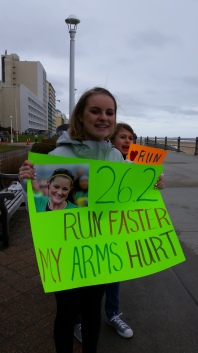 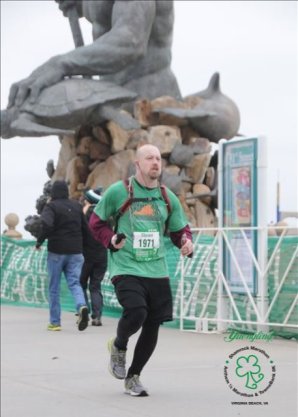 Apr 3rd – Cherry Blossom 10 Miler (Washington D.C.) – Another cold race (it snowed on our way).  If you hadn’t noticed, a common theme in my 2016 races is the bad weather!!  The course was beautiful and I can only imagine what it’s like when the Cherry Blossoms are in bloom.  Sam also ran this race. 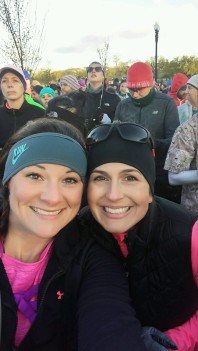 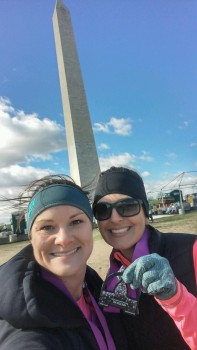 Apr 9th – Run for Hospice 5k (Leonardtown, MD) – This is the race that started it all for me and we continue to run it each year.  And when I say “we”, I mean a great big bunch of family and friends.  We usually run in honor of Bubbies.  This year was unseasonably cold but luckily, the real brutal winds were just starting as we were leaving.

Apr 24th – GW Parkway 10 Miler (Alexandria, VA) – This was the first race of the season where we had decent weather!  I LOVE this course and hope to run it again this year.  Steven, Sam N., and Kevin also ran this race.

May 21st – Leatherneck 5k (Patuxent River, MD) – Believe it or not, ANOTHER race with horrible weather.  It POURED the entire race.  I considered skipping it, but Gabby talked us into it and this was the first race that she went off on her own and beat me at.  She was so proud (so was I)!  Steven, Gabby, Kevin, Mom, Becky, and Jason also ran this race. 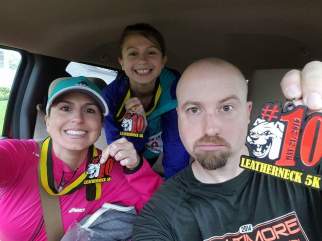 Sep 17th – Clarendon Day 5k & 10k (Arlington, VA) – Another race that I decided on at the last minute.  The 5k and 10k were back to back.  And while I enjoyed the mostly downhill race, it really sucked having to climb that hill to get back to the start of the 10k race.  Steven and Gabby also ran the 5k and then waited for me to run the 10k solo. 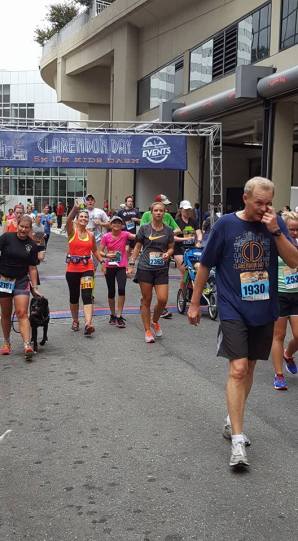 Oct 1st – Crawlin’ Crab 5k (Hampton, VA) – A nice, flat 5k the day before the half marathon.  The weather was actually decent at the start, but it started sprinkling toward the end (which felt good).  After I finished, it started POURING so unfortunately some of my family was forced to run in the heavy rain.  Luckily it didn’t last long.  Mom, Paul, Missy, and Kevin also ran this race.  Great post-race party.

Oct 2nd – Crawlin’ Crab Half Marathon (Hampton, VA) – Let’s just say the 2nd time is not always a charm.  I had a much more difficult time with this race in 2016 than I did in 2015.  I think most of it was weather related.  It was much more hot & humid this year than it was last year.  I was having a really difficult time throughout much of the course.  It is a beautiful course though!  Kevin also ran this race and my mom, Paul, and Missy cheered me on. 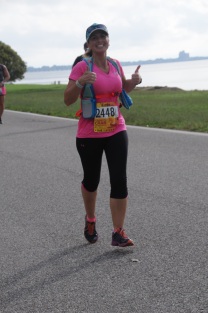 Nov 6th – 10K Across the Bay (Annapolis, MD) – Another last minute race.  Gabby was supposed to have a swim meet, but it was cancelled.  So, we decided to sign up for the race.  We drove up with Sam and Gabby and I stuck together the entire race.  Again, I love the course and the post-race party didn’t seem to be quite as crowded as it was last year which was a huge plus!  Lots of other family and friends also ran this race! 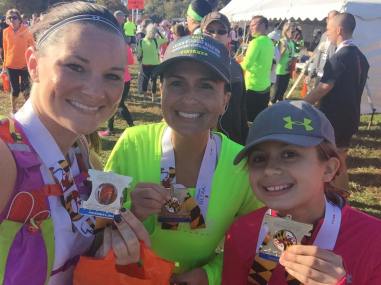 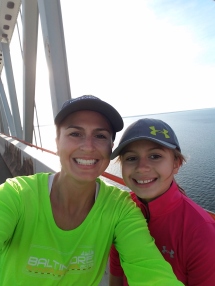 Dec 4th – Christmas Town Dash 8k (Williamsburg, VA) – Wonderful course (well…the part that loops around the park anyway)!  It was cold, but that was expected.  Gabby ran with me until mile 2 when I told her to go ahead.  I think this was Gabby’s favorite race of the year and she wants to do it again next year.  Very hilly. 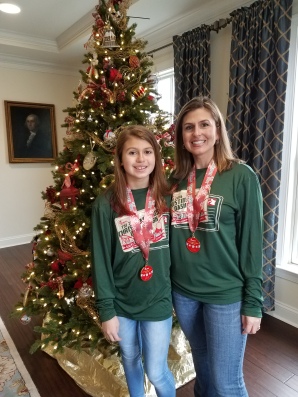 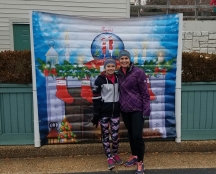 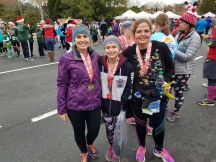 There you have it!  That’s a quick summary of my 2016 races.  If you are interested in reading the entire recap, you can visit them here.

I have started a 2017 plan with some tentative races, but I haven’t committed to any races just yet.  There are definitely some from 2016 that I would like to run again, but I might try to also sprinkle in some new races as well.  I only plan to run 1 or 2 half marathons this year, but will still continue to run the shorter distances.